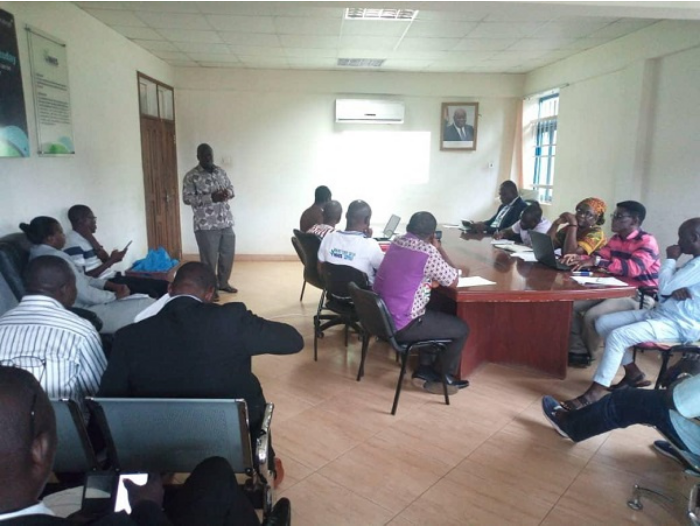 The Social Enterprise Development Foundation of West Africa (SEND-Ghana), through its People for Health (P4H) Project, has engaged stakeholders on the registration of indigents onto the National Health Insurance Scheme (NHIS) in five districts of the Northern Region.

The forum was to highlight and discuss the district level targets for indigents’ registration onto the Scheme, its achievements as well as the challenges faced in meeting these targets.

The forum, held in Tamale, was to help develop an action plan to provide solutions to improve and meet set targets for indigents at the various districts with support from P4H.

Participants included staff members from the National Health Insurance Authority (NHIA), the Department of Social Welfare and some members of the District Assembly.

The P4H is aimed at promoting equity and reducing health inequalities by strengthening the capacities of governments and civil society organisations for mutual accountability.

It is being implemented in 20 districts in the Eastern, Northern, Volta and Greater Accra regions by a consortium comprising SEND-Ghana, Penplusbytes and the Ghana News Agency (GNA), with funding support from USAID.

Mr Issahaque Abdul-Latif, the Northern Regional Director of the NHIA, said the NHIS was introduced to help reduce cost in the citizens’ access to healthcare services, especially the poor and vulnerable.

He said even though people in the Northern Region were benefiting from the Scheme, records from some districts showed low achievements in the targets for registering indigents annually.

He, however, attributed the low records to challenges confronting the regional and district offices and the Department of Social Welfare (DSW).

Mr James Sumani Buah, a Senior Monitoring and Evaluation Officer at the NHIA, said in 2017, out of the set targets for the registration of indigents for Yendi, Tamale, Gushegu, East Mamprusi and Central Gonja districts, the achieved results were 41.5 per cent, 13.5 per cent, 5.2 per cent, 20.6 per cent and 5.1 per cent respectively.

Mr Buah, however, attributed the poor performance to inadequate logistics, transportation, poor network connectivity, abuse of indigent registration, and poor collaboration between the NHIA and other stakeholders such as the DSW, Ghana Education Service, and Ghana Health Service.

Some of the participants suggested effective citizens’ sensitisation on the need for indigents to register as well as strengthening effective collaboration between the NHIA, the assemblies and the Department of Social Welfare.

They also suggested quarterly engagements with stakeholders and institutions to review their performance to ensure improvement in their records.

Mr Mumuni Mohammed, the Northern Region Programmes Manager of SEND-Ghana, commended the participants for their efforts and urged them to stay committed to the various suggestions to improve on indigents’ access to the NHIS for better healthcare delivery.