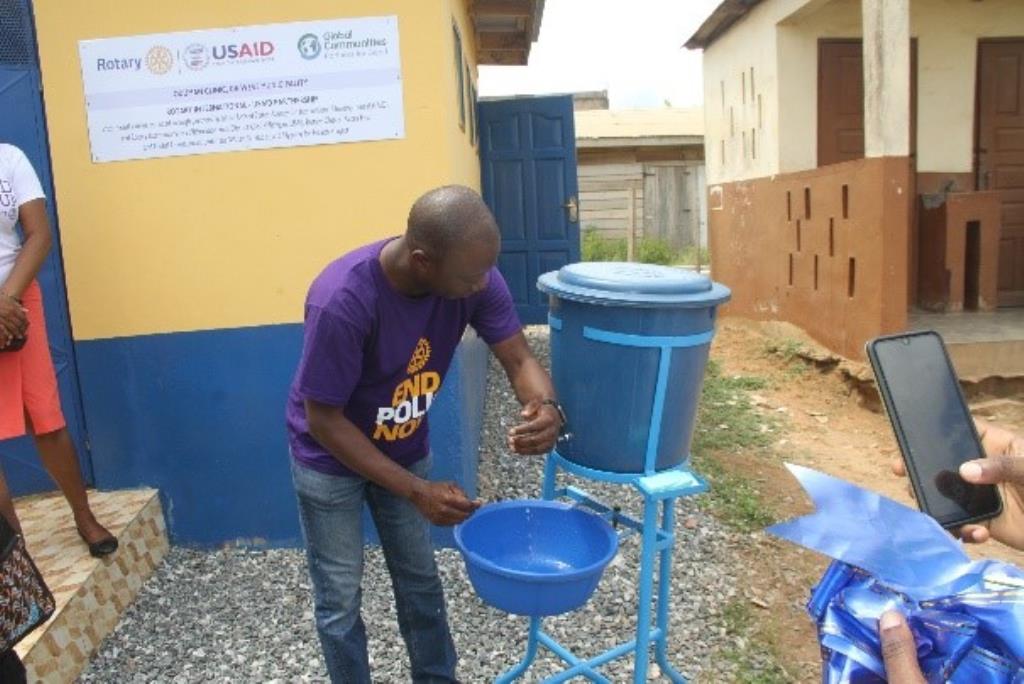 Some have described Water Sanitation and Hygiene (WASH) as an important element of the Sustainable Development Goal (SDG) outcomes.

This is because the WASH sector provides essential inputs in the form of services and hygiene promotion with multiple impacts beyond the WASH outcome itself.

Thus, countries around the World, especially developing countries in the Sub-Saharan Africa have seen huge investments in WASH infrastructure in recent years.

But such investments have often not translated into the desired sustained access and use of services and achievement of improved health outcomes.

In Ghana, one key challenge for WASH stakeholders has been the lack of citizen’s initiative to sustain such facilities. This has largely been attributed to the general perception among communities that management of WASH facilities are the sole responsibility of the Municipal Assembly or Local Government.

As a result, many WASH infrastructure are often not patronised, abandoned or becomes dysfunctional after few years of existence.

According to Globalwaters.org, approximately 25 percent of water and sanitation infrastructure established in Ghana becomes non-operational after just five years, and a large percentage of the remaining facilities are either underutilized or diverted for other purposes.

This has largely been attributed to citizens inability to take ownership of such facilities.Meanwhile,it has been identified that citizens understanding and involvement in WASH is key for attainment of SDG 6 which enjoined the countries to ensure that every household had potable water supply.

Operation and management of WASH facilities

Mr Idrisu Saani is the Environmental Health and Sanitation Officer at the Cape Coast Metropolitan Assembly (CCMA). He says mostly, toilet facilities are given out on franchise to private individuals to manage and who in turn pay some franchise fee to the assembly.

The rational, he explained was because such facilities are not always able to run on commercial basis. He said the assembly only supervised the private individuals to ensure that they raked the necessary funds to maintain the facility.

For water facilities, they are either managed by the Ghana Water Company or the Community Water and Sanitation Authority (CWSA) depending on the geographic location of the communities.

However, he lamented that assembly members have taken over and that the environmental units of the various assemblies were only consulted when there were problems.

For Madam Linda Bedoo, a Community Extension Officer with the Community CWSA ,Central Regional,communities must be allowed to manage water and sanitation facilities

According to her, ”Community water management has gone beyond the communities. It requires technical expertise”.
The CWSA facilities are managed by Water Systems Management Staff who are made up of e engineers, technician engineers, accountants, water safety specialist, revenue collectors and community relations officer.

Isaac Arkoh, an opinion leader at Assin Homaho, a community in the Assin South District of the Central Region talks about how the community manages its WASH facilities.

He said almost all WASH facilities in his community had been community initiatives and its management has also been done by the community.

“When it comes to management of water, the community operates on pay as you fetch system. We have water management committee in place”, he said and indicated that the practice, was the same in almost all the neighboring communities.

“We have a community savings account at the bank where the proceeds from selling the water is kept. So if there is a problem, we go for some of the money to fix it”, he added.

He said community members only contributed towards repairs when the facility breaks down.

“We solicit for assembly support and the community help to maintain the boreholes because the financial state of the local people is not encouraging for us to make money out of the facilities”, he said.

On the toilet facilities, he said they remained government projects and mainly managed by the assembly with little community involvement.

The concept of household facilities

“Toilet facilities for households is still not adequate, we are so much less of what we expect. As a result community people largely using public toilet”, Mr Saani explained why most public toilets do not last longer.

He indicated that the SDG on Sanitation could be missed if desirable, environmentally-friendly and affordable toilet technologies were not developed and promoted for use among inhabitants in rural, peri-urban and the urban areas.

He said Ghana is currently pursuing a radical efforts to increase access to household facilities especially in the slums and rural communities.

In most of the communities visited for the purpose of this article, the reporter noted that there were some WASH facilities which were either not functioning, abandoned, or in a poor state.

One of the four boreholes in the Ayeldo community was not functioning as at the time the reporter visited the community earlier last Month.

In 2018, the Hope for Future Generations (HFFG), a national community based, non-governmental organization conducted a survey mapping of WASH facilities and water resources in fifteen communities in the Tarkwa-Nsuaem Municipal Assembly under its Watershed programme.

The HFFG found that 66.7 percent of WASH facilities (i.e standpipe, reservoir, borehole and toilets) have broken down or are dysfunctional. It also found that there is a general lack of information by community members as to who, where and how to get those problems reported or fixed.
Madam Bedoo noted that most communities have not been able to properly manage their water facilities, leading to their breakdown.

For instance, she said prior to the CWSA taking over management of facilities at Twifo Praso and Diaso respectively, there were huge electricity debts coupled with some facility breakdown.

She mentioned financial mismanagement, lack of technical expertise, chieftaincy and familiarity among others as factors accounting for the community’s inability to properly take care of their water and sanitation facilities.

“There are instances where community members feel the water belongs to them and does not understand why they should pay to fetch, meanwhile money is needed to properly maintain the facility”, she said

Also, the reporter noted that there was poor waste management system and as such refuse were dumped at individual backyards or openly at a community dumping sites which were poorly maintained while open defecation persisted in most communities.
Mr Mensah described the sanitation situation in most communities of the country as "disgusting" saying it needed collective efforts to remedy the situation.
“Sanitation is a duty for the whole community, everybody must come on board. So when we are aware, we can adequately monitor”, he said.

Madam Bedoo of the CWAS says the leaving the management of water and sanitation facilities in the hands of community members is risky. To her, they lack the knowledge to effectively handle water and sanitation issues. Thus, all of such facilities must be given to people with technical expertise to manage. She also called for intensified education to communities to understand that point.

Again, Mr Saani thinks that going forward, communities must not be given the comfort to continue to rely on the public toilets. Instead, efforts must be made to help individual households to put up toilet facilities.

“I would not advise that government continue putting up public toilets. But where we have critical needs, such as the shore line where there is serious challenge. With the normal community level behaviour, we should not encourage building of public toilets”, he stressed.

In situations where there is the need for a public toilet, Mr Mensah want environmental health officers to be involved to provide the technical support to get the citing of such facilities right.

For his part, Mr Mensah called for the establishment of a management committee to be responsible for the effective and efficient management of WASH facilities in the communities.

In addition, he says , there should be more public education to get people in rural communities to understand that they have a critical role to play in the sustainability of WASH facilities of their localities.

“The communities where the facilities are located are stakeholders, they should also monitor because the assembly cannot see everything. The communities can help us monitor it because certain things might happen at our blind side”, he said.

There should be regular supervision from the assembly, and advised community members to be bold and hold the assembly accountable.

From all indications, WASH facilities have not seen the best of management at the community level. It is therefore imperative that the factors accounting for these mismanagement are explored and thoroughly addressed. The attainment of SDG 6 largely depend on our ability as a country to ensure sustainability of our WASH facilities to achieve improved health outcomes.The earlier we realise this and take urgent action, the better for the nation.