Reducing Unsafe Abortions, The Need For A More Comprehensive Services And Care For Women 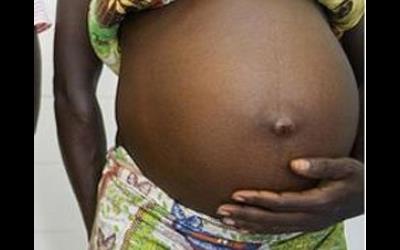 Despite Ghana having relatively liberal laws on abortion, the procedure continues to be highly stigmatised, and as a result, many abortions are done illegally.

Consequently, the country is lacking accurate data on abortion incidence and unintended pregnancies which are very essential to planning reproductive health services.

Legal status of abortion in Ghana

For the past three decades or so, the country has made significant efforts to expand access to post-abortion and safe abortion services as a strategic means of reducing maternal mortality.

Ghana first came out with a law on abortion in 1960. Even though the law raised some conditions under which some people could access abortion services, there were not clear guidelines for it implementation thus faced a lot of challenges.

Following the World Health Organisation’s (WHO) publication on safe abortion in 2003, Ghana included in its National Reproductive Health Policy the provision of abortion services and subsequently operationalised protocols for Comprehensive Abortion Care (CAC) in 2006 and 2012 respectively.

In 1996, the GHS enacted some policy reforms which permitted midwives to provide post-abortion care which hitherto could only be rendered by registered physicians.

Currently, Ghana’s abortion law could be described as liberal. Abortion is permitted under some circumstances including cases of rape, incest, fetal abnormality or disease, and “defilement of a female idiot”. Abortion is also permitted if they are performed to protect the physical and mental health of the person in question.

In all of these circumstance, the abortion service, according to the law, must be provided by a trained health personnel in an approved health facility.

Why is unsafe abortion still high?

The rate of unsafe abortion remain higher than comprehensive abortion care registered in health facilities despite the liberal abortion laws.

Mr Micheal Tagoe is the Youth Program Officer of the Planned Parenthood Association of Ghana (PPAG), for the Western and Central Regions. He is also in awe as despite the guidelines and the favourable law, the situation has not change much.

Stigmatization of abortion, poor knowledge of its legal status among the public and even medical professionals as well as misconceptions about the safety of legal abortion have been identified as contributing factors. These factors, coupled with many others often deter people from going to the facility to seek for abortion services.

Aside from these, Mr Tagoe talks about high cost which often compel people to resort to unsafe means of terminating their unwanted pregnancies.

“Unfortunately as a country, we do not have a uniform cost for abortion. So it depends on the facility that you go to and it ranges from 100 to 1,500 and even 2,000 cedis depending on the facility one attends”.

For Mr Tagoe, “access” is also a problem where people have to travel for long distances to different locations to access comprehensive abortion care.

“If people have to do the calculation of where they have to go to and all that, they are easily tempted to look around and find something to use to terminate the pregnancy”, he said.

There is also the issue of untrained midwives and midwives who are trained but their religious background does not allow them to provide abortion service. And a lot of people have died because they came to the facility and did not receive any help.

“We have some midwives in the system who are not trained and it is very uprising to find just about four or five midwives who are trained to do comprehensive abortion care in a whole district or municipal”, he lamented.

“There are also case where some midwives will say that because of my religion, I cannot provide the service”, he added.

Incidence of unintended pregnancy and abortion

In Ghana, the incident of unintended pregnancy is high especially among women in the early years of their reproductive health.

Complications from unsafe abortions contributed substantially to Ghana’s high maternal mortality, which was estimated at 310 maternal deaths per 100,000 live births in 2017.

Many of the women aged between 18 to 35 years who were interviewed for the purpose of this article disclosed that they were not ready for pregnancy.

Rachael Jackson is a 26 year old apprentice. She tells me, even though she want to have babies, she was not ready for a pregnancy because she was learning a trade.

Ms Veronica Etonam (Not her real name), a 23-year old university student also says she will abort should she accidentally get pregnant.

But when asked how she would get rid of an unwanted pregnancy, she replied “ I will just go to the pharmacy to get a drug or ask a friend to give me directions to get ride of it”.

Though fully aware of the risks, she says she would not visit a health facility to have it done. According to her, abortion is something that society frowns upon and an illegal activity which she would not want people to know. So for fear of stigmatization, she prefer to do the abortion the unsafe way;

“I do not know how people will see me if I tell them I aborted”, she said. “For me, I did not know that abortion is legal under some conditions, I have always heard people say abortion is criminal under our laws”, she added.

Another young woman, Nana Oyeh Gyimah, a 24 - year old National service personal says she want to secure a job and start a career before thinking about babies.

Provision of abortion and post-abortion care

According to a study that looked into the incidence of abortion and provision of abortion related services in Ghana by the Guttmacher Institute, about 58,000 legal abortions were performed in health facilities in Ghana in 2017.

According to Mr Tagoe, the PPAG centre in Cape Coast undertakes at least three abortions a day, which translates to about 2,000 aborted pregnancies over a three year period. But he says many pregnancy termination cases are unreported with some undergoing dangerous abortions.

“It is not because somebody wants to sit somewhere and do abortion. Somebody somewhere wants to reduce the rate of maternal mortality in the country as a result of unsafe abortion”, says Mr Tagoe.

Currently, the National Health Insurance Scheme (NHIS) cover post abortion care. This means that if one terminated an abortion on her own and come to a health facility with a complication, the NHIS will cover the cost. However, she should visit a facility for abortion services, she will have to pay.

With the current situation, Mr Tagoes feels people would be forced to attempt the abortion on their own and latter visit the health facility because the NHIS would cover it for them. That, he cautioned was a dangerous path because people could die or have their reproductive system destroyed.

Mr Tagoe therefore advocated for the NHIS to be scaled up to cover the full cost or part of the cost of abortion services.

“So if it is accepted under the NHIS when it is attempted, then we must as well scale it at the first stage so that people will not be tempted to go and attempt the abortion before coming to the facility”, he advocated.

Recognising the huge gap in the system, the PPAG in collaboration with the GHS and their stakeholders have started embarking on a project that seem to address some of the identified gaps.

“Sisters club and brothers clubs” are being established in communities with trained facilitators would teach and empower community members to know their rights and to know about unsafe abortion and its implication.

“With this initiative, we are seeking to empower them to go to the right place, seek for counselling and be taken through the services”, Mr Tagoe said.

Going forward, Mr Tagoe expects all stakeholders to play their respective roles and discharge their responsibilities as expected to address the aforementioned gaps in the system.

At the individual level, he said people need to take up the responsibility to either abstain or use contraceptive measures to prevent pregnancy. In this way, he said the issue of unintended pregnancies would naturally be reduced.

Admittedly, Mr Tagoe said it would be difficult to completely eradicate culture and religious beliefs and perceptions about abortion but with continued education and sensitisation, thing would change for the better.

For health professionals, Mr Tagoe insisted that they must comply with the service provider policy which enjoins them not to turn down any client because of their religion.

“Midwives needs to differentiate between their personal values and their professional values. You cannot bring in your personal values into your work ethics. That will not apply. This is what service providers ought to understand, you are there to serve the the people whether they believe in God or not and not there because of your faith”, he said.

Also, communities should be well informed, educated and empowered to hold service providers accountable for what they are supposed to do.

The high number of illegal abortions in Ghana, many of them unsafe, is a cause for concern in a country where abortion can be legally obtained. There is therefore calls for an urgent need to intensify access to well-tailored family planning services among adolescents and young women, women out of marriage, and the non-working category.

“We must as a country go the extra mile to expand access to safe, legal abortion services and post-abortion care by consciously training more providers to reduce complications or deaths from unsafe abortions”.