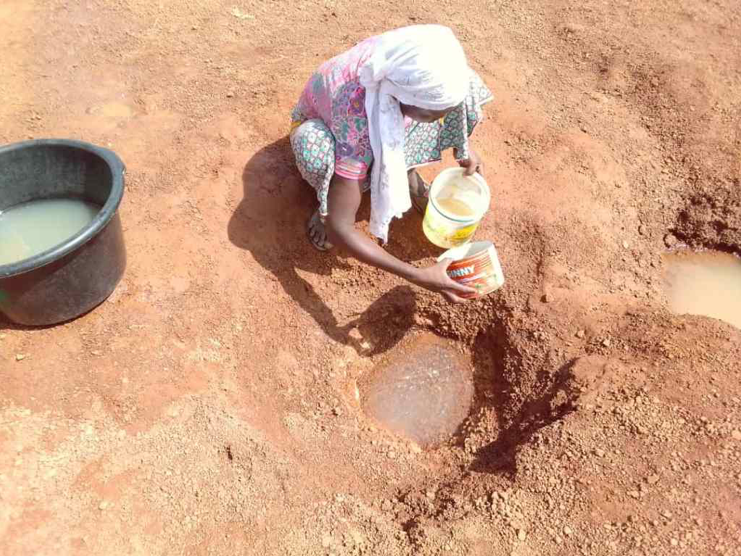 Residents of Nyankpala in the Tolon district of  the Northern region have appealed to the Ghana Water Company Limited (GWCL) and the Tolon district assembly to expedite efforts to solve the perennial water crisis facing the town.

Nyankpala for the past years has been struggling to have access to potable drinking water from the GWCL sources, but their desire to have clean drinking water has become elusive as residents resort to unwholesome sources such as community dug- outs, ponds among others to serve their needs.

Nyankpala a community just a few kilometers away from the Northern regional capital Tamale and houses one of the campuses of the University for Development Studies (UDS).

But the water crises in the town especially during the dry season, compel women to trek several kilometers in search of life’s most precious commodity.

According to some women in the town, the situation has negative impact on their livelihoods as spend precious hours in looking for water.

"We face a lot of challenges in Nyankpala but water is our biggest problem. Since I was born in this community water has always a difficult thing to get, so for us water is like gold", a resident, Nma Amina who was struggling to scoop water from a hole lamented.

Another resident only known asNasara who spoke to radiotamale.com said the men in the town are also worried that women have to struggle to fetch water. At the time the news team visited the community, women were seen scooping water from small holes dug inside one of the community dug-outs.

The residents are therefore appealing to Tolon district chief executive, the Member of Parliament, individuals and groups to come to their aid and solve the perennial water challenges.